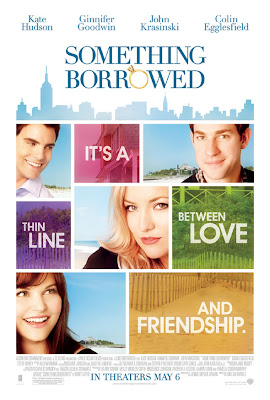 What it is about:
Rachel met Dex in Law School where they were study partners and secretly fell in love with each other. Neither knew that the other thought of the other in more than “just friends”. When their chance at finally possibly getting together arrives Rachels best friend Darcy enters the picture. Darcy and Dex start dating and 6 years later they are engaged. One night Rachel and Dex have been drinking and she spills the beans about how she had such a crush on Dex in law school, the next thing they know is that they end up waking up next to each other in Rachels bed, two months before Dex and Darcy are supposed to be walking down the aisle. Chaos and guilt ensue from there.
What I Thought:
This is your typical chick flick! It is very cute and of course it has its mostly happy ending. Ginnifer Goodwin and Kate Hudson do fabtastic in their respective roles. Goodwin is a goody goody lawyer who would never hurt a fly and Hudson as her selfish party girl best friend. Everyone has a friend like one of these two so it’s easily relatable and come on how many times has two friends fallen for the same guy? Happens all the time (not that I’m saying its right, just that it’s been known to happen) and who wouldn’t fall for Dex?! Colin Egglesfield who plays Dex is freak’n hot! Dex is a sexy successful, rich, nice guy. Although, Dex does pull some douche moves he mostly makes up for it in the end and what guy isn’t a douche from time to time? The only downer is you never know what happens to Rachel’s other best friend Ethan (played by John Krasinski), who becomes very loveable by the end of the flick, it leaves his story untold.
Rating:
Make it a Girls Night Out with some cocktails.